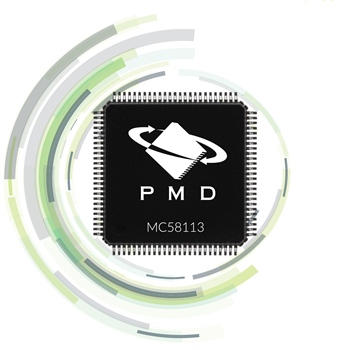 Implementing haptic feedback on a joystick through motor force or vibration can bring significant benefits in telerobotic applications. To do this requires precise control over the motor current on the haptic side and precise sensing of the applied motor current on the working end of the system. Gerard Bush of INMOCO discusses applications for haptic feedback and how they can be implemented.

Telerobotic applications are becoming more and more commonplace in many diverse fields, from nuclear engineering to aerospace, and remote surgery to video games. All are characterised as remote motion control applications involving indirect control by an operator. The operator could be using anything from a simple joystick to control a motion system or a complicated articulated arm to move a robot. Further, it could be a control joystick right next to the application, or remote such as surgery where the surgeon is half a world away from the medical robot.

What is becoming increasingly important in many fields is haptic feedback, where the operator can ‘feel’ an object or obstruction that the robot is touching. This gives the operator far greater insight into the remote robot environment and provides clear benefits in areas such as remote surgery and fly-by-wire systems. In surgery, for example, haptic feedback provides a surgeon the needed indication of forces and pressures during invasive operations, while in aerospace fly-by-wire systems it allows the pilot to ‘feel’ the air load on the control surfaces.

Early efforts to implement haptic feedback focussed on vibration. This is common in video game controllers, where an asymmetrical waveform can lead a user to ‘feel’ direction in the joystick. It has been used in other applications as well, such as flight control joysticks which vibrate in order to warn the pilot when the flight computer detects an imminent aerodynamic stall condition developing.

However, applications today are focussed on a more sophisticated approach to haptic feedback, where the joystick or controller exerts a counteracting force on the operator, which represents the force of the robot’s arm on a surface in its work space.

So how can we implement such haptic feedback systems? To do so requires precise control over the motor current on the haptic side and precise sensing of the applied motor current on the working end of the system. Such solutions could, for example, be built around the Performance Motion Devices’ Magellan® MC58113 series of motion control ICs and their Atlas® series of amplifiers both supplied by INMOCO in the UK and Ireland. Both products have a sophisticated digital current control loop making implementation of a haptic system significantly easier. Scaling the current sense resistors so the analogue-to-digital converters of the Magellan or Atlas devices give good resolution, is paramount to making the system work.

In such a system, the force on the robot arm must first be measured either directly or indirectly. The direct measurement solution involves the presence of a strain gauge for direct measurement of the force that the robot or mechanism is exerting on the object. The indirect alternative approach is to calculate the force if the instantaneous current in the motor and its position are known, since the torque a motor produces is proportional to the winding current.

There are other fields of application too, such as engine throttle controls on boats, where the hand-controlled throttle lever provides indents at certain positions. In conventional systems, the indent feeling is provided by a simple mechanical ball held by a spring, sliding into or out of a notch. When the handle reaches the position of the notch, the ball slides into it, which causes a feeling of the ball clicking into position in the notch.

The motion control alternative is altogether more elegant. Control logic detects if the throttle position is within a desired ‘notch’ location window. If it is within the window, a PID controller forces the lever to the centre of the notch location. Otherwise a derivative controller emulates the feeling of a damper. The operator will experience different haptic feedback responses as the throttle moves across the range of motion.

Haptic feedback provides the next level of sophistication in telecontrol and telerobotic applications. While it is an elegant and highly practical solution on paper, it does place demanding requirements on the motion control system, particularly in areas such as remote surgery where accurate feedback is vital. But with the Magellan series of motion ICs and Atlas series of amplifiers from Performance Motion Devices, INMOCO offers the ideal control technologies around which haptic feedback systems can be built.