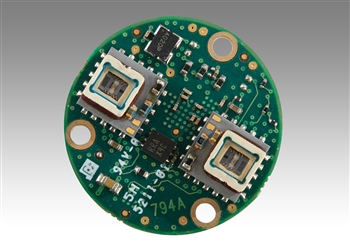 The demands of robotic surgery, one of the most exciting and rapidly developing areas of medical technology, are encouraging motion control engineers to push the boundaries of their discipline. Gerard Bush an application engineer with INMOCO looks at one project where the humble encoder has reached new heights.

People have been practising medicine for literally millennia, but somewhere between 100 and 200 years ago it began to transform into a modern science grounded in rational thought and analysis. A key part of this advance has been the bringing together of different disciplines, such as anatomy and bacteriology. As the decades have progressed medicine has also come to rely more and more on technological developments. Specialist equipment varies from simple stethoscopes and thermometers to whole body CAT scanners and miniaturised implants.

One of the most exciting developments today is in robotic aids for surgeons. It is well-known that surgery was little different from butchery as recently as the great wars of the nineteen century, with post-operative survival rates being barely better than would be achieved with non-intervention.

Fortunately, the arrival of a new century saw surgery become far more systematic and effective. By then technological advances were able to reduce shock, trauma and bleeding so that surgeons could take enough time to bring some precision and consideration to their actions. However it remained reliant on the dexterity and manual skills of individual surgeons well into the second half of the century.

The next developments were cameras and optical systems that allowed the operating staff to see the area of operation far more clearly. And it is natural that from here there evolved a need for mechanical guides and manipulators to aid steady hand movement. Soon powered systems were developed, capable of producing movements of such precision that they could not be produced by a person, no matter how skilled or committed.

Thus we have seen the emergence of the surgical robot arm, a technology that stands to revolutionise surgery and healthcare in the coming decades.

The first time a robot was deployed in an operating theatre was in 1983 at the UBC (University of British Columbia) Hospital in Vancouver, where it was used to assist in an orthopaedic procedure. This was so successful that in the following 12 months over 60 arthroscopic surgical procedures were performed!

Another early development was a ‘theatre nurse’ robot which handed instruments to surgeons on voice command. Within a few years a robot had placed a biopsy needle into a patient’s brain using CAT scan guidance to achieve previously unimagined precision. Another pioneered new prostate surgery procedures at Guy’s and St Thomas’ Hospital, London.

By the year 2000, the rapidly accelerating power of computers was being twinned with robotics, giving them artificial intelligence equal to many years of human experience. Today robots are used in almost every area of surgery and provide, for instance, MR image-guided neurosurgical procedures, while real-time feedback technologies are redefining standards for minimally invasive surgery.

INMOCO supplies precision motion control technology and expertise to many fields of endeavour, including medical technology and robotics. It represents a number of international companies, including America’s Celera Motion, a leading manufacturer of miniature, high-performance linear and rotary optical encoders.

Producing the world’s most innovative encoder technologies with its MicroE brand products, Celera Motion has driven innovations in the design of machinery, equipment and instrumentation in many industries, including industrial, robotics, automation, metrology, semiconductor manufacturing, packaging equipment, entertainment, energy, military, and scientific research.

In one project to develop a surgical robot arm, there was a requirement for an ultra small precision rotary axis control for multiple sequential robot arm joints. Additional requirements included minimal movement at start-up so that absolute position could be ensured, reduced signal cabling and compact overall arm size.

Recognising that the project demands could not be met with off the shelf products Celera Motion developed a series of custom-sized PCB-based encoder modules. Only 20mm diameter and 13.8mm high, they are fitted with FPGA (field-programmable gate array) control and BiSS (bidirectional/serial/synchronous) communication interfaces. Each has two standard MicroE ChipEncoder read-heads and a Micro Motion Absolute (MMA) rotary grating disk.

MMA grating technology employs a 40 micron pitch incremental counting track, coupled with a reference track from which each index is uniquely spaced. This gives a resolution of 85,280 CPR (counts per revolution).

With even the smallest movement at start-up, multiple index marks are detected, and the measured spacing is compared to a lookup table in firmware to determine the absolute position. Because each module is fitted with two read-heads their outputs can be averaged for improved accuracy when determining absolute position at start-up.

BiSS serial communication protocol allows each successive robot joint to be connected in a daisy-chain arrangement, rather than having dedicated bus cables for each axis. This, along with the small size of the PCB-based encoders helps reduce the overall size of the each joint. High speed serial communication (32MHz clock, 1µsec update rate) assures high robot responsiveness to the operator’s commands.

While a tiny super precision encoder is just one part the robot’s motion control system, it is playing a vital part in helping push forward the boundaries of surgical technology and healthcare excellence. Most experts say medical robotics is still in its infancy and many years of further development can be expected.