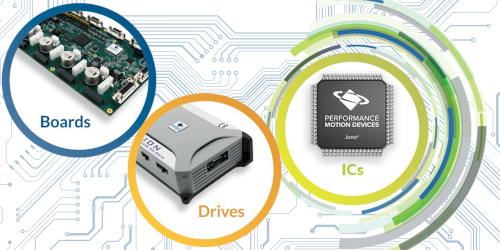 Performance motion control is a crucial aspect for the reliable automation of laboratory analysis equipment. Effectively commissioning servo systems to overcome real-world challenges such as vibration can be achieved by application of the most appropriate motion control technique.

Accuracy and reliability in motion control are key requirements to optimise automated laboratory analysis equipment such as blood analysers and DNA sequencers that receive, process and analyse samples. Repeatedly and safely moving the objects which hold the liquids through the process is not only important for efficiency and machine uptime but also to protect the media itself, especially where its value can be very high.

At the most fundamental level, an intrusion into a conveyor mechanism or wear of a component could disrupt controlled movement. For this reason, a position encoder is usually deployed and connected to the motor – including stepper motors which wouldn’t normally require the assistance of an encoder device – and when required, an encoder can sometimes be connected to the load itself. The feedback of an encoder ensures that control changes which could lead to mechanical disruption are detected in advance.

Vibration is another challenge to the reliability and accuracy of movement of liquid sample containers such as slides, test tubes or microplates. The heavier the load and the wider the range of motion, the greater the potential issue. Vibration can be controlled by applying a force, equal and opposite to that of the driving motor, to the mechanical structure supporting the end effector. Conducting a Bode plot scan, the motor operates in a sinusoidal motion from low to high frequency. Doing so, it’s possible to observe the vibrating resonant point responses of the supporting mechanics and end effector. Even without a sensor located at the load, the closed loop response of the servo motor with an encoder will show the resonance points, reflected as energy back into the motor.

When the vibration points have been identified, it’s then possible to control the motion profiles which minimise jerk, the representation of the changing rate of acceleration. The motion profile comprises the acceleration, coast and deceleration stages, and changing it from a trapezoidal profile to an S-curve increases the intervals of incremental speed change and as a result reduces vibrational energy. Adding incremental changes at a time will reduce mechanical vibration while not unduly lengthening the duration of the move overall.

For large apparatus involving servo-based control systems such as a gantry, biquads can be programmed to create a variety of filter types including low pass, notch and band pass. Most motion controllers offer frequency-domain filtering capabilities via biquad filters, which can be applied to help reduce specific resonances and smooth the overall system response. Also based on Bode plot analysis, implementation involves open and closed loop axes from which it’s possible to identify resonance points or areas where the phase margin difference is slight, which can result in oscillation.

Inertial forces must also be considered on the basis that during acceleration the load will lag; while coasting the contribution will be zero; and during deceleration the load will lead. To offset inertial forces, feedforward can be applied. It’s possible to calculate feedforward though it can be quicker and more effective to trial application settings before honing in to the optimal value. This process is achieved by combining a PID loop and motion oscilloscope to capture the servo error over the entire move.

If velocity-proportional forces are present, velocity feedforward can be used to compensate. Similarly, if there is a constant directional force on the axis, such as a vertical axis under servo control, a motion controller’s PID bias setting can feedforward a constant value to counteract the constant force.

Despite the techniques applied, for systems with complex linkages between the motor and load, the resonances and mechanical inaccuracies may still generate vibration. Reducing the mechanical linkage itself, for example switching a geared motor to a direct drive, is an option but this can add cost. An alternative technique therefore is to use the dual loop, where an encoder directly measures the load position as opposed to the final position and is used to stabilise the servo loop.

Ultimately, the most effective method of motion control within a laboratory analysis machine depends on the characteristics of the application. INMOCO is the sole UK distributor for Performance Motion Devices chip-based motion control products and can advise on the right motion control for your embedded application.